Stay Strong and Stick to Your ..

How to Help Your Partner Through Grief or Trauma

How to Help Your Partner Through Grief or Trauma

Last year, my partner lost a close friend and teammate to suicide. He was totally traumatized by it. It came out of nowhere and no one was expecting it. This was the first death he had experienced of someone very close to him and he had no established coping mechanisms for this kind of grief.

This was the first time I had ever seen him cry. I knew, in that moment, that his pain was resonating deeper in his heart than I had previously imagined. We were facing trauma for the first time in our relationship.

At first I had no idea how to help him. Of course, when he was planning the funeral I helped with things like choosing the custom cremation upright monuments. I know that he found the funeral really difficult so I just tried to help in whatever way I could. Once the funeral was over, his grief got worse and it was horrible to see him so upset. I wanted to tell him not to cry, that everything would be OK. But I didn’t want to make him think his feelings were invalid or that the situation wasn’t actually tragic. Everything I wanted to do felt so wrong and inauthentic.

I hated seeing him like this, and it makes it even worse when you don’t know what to say or do to take the pain away. We’ve never really been faced with this situation before, so it was hard for us both to find a way to cope. My friend had lost a teammate once to suicide, and she struggled to find a way to help everyone around her, until it was suggested that they set up a memorial scholarship fund to make sure that the memory of her teammate and friend lived on forever. One of the things they needed to do was to come up with some fundraising ideas to raise the money they needed to set up the scholarship. I loved this idea, and it helped them through the grieving process. Maybe I should tell my partner about this soon? It might help him. But for now, I want to let him do what he needs to do to cope.

After a short while, I began picking up on the actions I was doing that seemed to be bringing him closer to closure. I was surprised how little these things were – like cleaning the laundry, walking the dog and doing the dishes. I realized that it wasn’t about making strategic steps towards happiness, but doing those few key things that make his life a little easier and makes more room for him to focus on getting through the grief.

Be Available for Consoling

The most important thing I did to help my partner through his sadness was simply being there for him. At first, this felt like a small thing, but as he came closer to healing, I knew that the time I had devoted to him was actually helping. And it wasn’t about doing big things for him or being at his side all the time.

Initially, I thought I had to stay by his side at all times – lay in bed with him all day, rub his back, let him cry on my shoulders. This, however, didn’t seem to be contributing to anything but the mental decay of both of our minds.

I started changing the ways I was there for him. Instead of lying around all day (though we did lie around sometimes), I would get up, clean the house, make breakfast, deliver it to him, or sit at the table and eat together. I made sure his laundry and bedding were clean. I took the dog on walks and he often joined me for these.

At the end of the day, when all the chores were done and the house was picked up, I would climb in bed with him and let him cry, let him talk or let him be completely silent. Being present with him was a big aspect of being there for him emotionally as well.

There were a few different professional resources that we tried that seemed to work out better than others. Right after tragedy struck my partner’s life, he found himself losing sleep over the stress and grief. The lack of sleep he was getting was contributing, quite poorly, to his mental health and his ability to lead somewhat normal days.

His doctor suggested taking melatonin and other sleep aids to help him find sleep without the need for narcotic prescription medications. We were both fearful that medications like Ambien and Xanax would be addicting and have poor side effects, so we started with melatonin and sleepy time tea, which seemed to do the trick.

We also attended local Al-Anon meetings where we were able to meet and speak with people who were facing similar tragedies to ours. Some meetings were more difficult for us, but in the end it was one of the greatest resources we took advantage of. We learned a lot of grief and coping by hearing the stories of people in similar situations.

There were also several volunteer opportunities to give back to communities that supported tragedy like this one. We volunteered for a couple of organizations that support suicide awareness and were able to help give back to those who didn’t have the help they needed. It is surprisingly cathartic to help people when you are facing tragedy.

A big aspect of one day finding sanity is attempting to keep your routine as mainstream as you can. Letting your body fall into unhealthy habits can be devastating for your healing process. When tragedy first strikes, it can be therapeutic to slow your life down and make temporary changes, but you have to be careful what kinds of changes you are making.

After the tragedy hit our lives, we found ourselves consuming more alcohol than we normally did. We attempted, for a short while, to numb some of the pain we were feeling with alcohol in an attempt to get through it. Alcohol dramatically impacts your physiology and can have great effects on your physical health, which links directly to your mental health.

When we discovered that it was doing nothing positive to help us, we changed the habit and found other ways to feel a euphoric, physical response. Instead of drinking, we would go on long walks or rock climbs. We replaced the alcohol at home with exercise outside, and it made a huge difference.

Another bad habit we fell into was laying around binge-watching Netflix. We tried to close ourselves off from the world to protect ourselves from further pain when in reality, we were just making ourselves more sensitive to the pain we were already feeling. That was when I made the decision to get up every day and continue the routine we had established for our lives to help decrease chaos.

Keeping up with your routine is important. It helps limit stress and make room for healing. When your mind, body, and soul are going through something difficult, it becomes even more vital to keep up with your hygiene, maintain your diet and get enough sleep to counteract the negative effects of mental trauma. If you are unable to sleep, you may want to look at some natural ways to help yourself wind down at the end of the day and settle your mind. Going to sites like https://www.edocbd.com/product-category/cbd-gummies-edibles/ can show what type of herbal help is out there, without resorting to prescribed pills, which could make other problems arise within your body.

Make Sure You Have Help, Too

Grief experienced in a relationship does not fall on the shoulders of one member. Grief that affects one member of a committed relationship equally affects the other. When one feels happiness, they both do; when one feels misery, they both do. It is part of being involved in something bigger than yourself and letting go of your selfish endeavors and making space for the dreams of your partner.

Because of this inherent connection between people who love each other, it becomes even more necessary to make sure that both of you are getting the help you need to heal. I often forgot about my own mental health while I focused so much of my energy on the mental health of the person I was committed to.

It took a phone call from my mother to realize I also needed caring for. She gave me a ring and told me to come out with her for a therapy day, which means lunch, espresso and pedicures. I took a break from taking care of someone else and decided to love myself for the day.

It worked wonders for me. Once I revitalized my energy, I was able to return a stronger person who had more energy and love to give. If you need to speak to a counselor, attend Al-Anon meetings alone, or even meditate on the river – do it.

Relationships are an incredible aspect of life. Loving someone and having their love in return has the power to move mountains and part seas. There are good times and bad, and wealth and misery, but at the end of the day relationships make this world what it is. If someone you love is facing trauma, be there for them as they will one day be there for you. 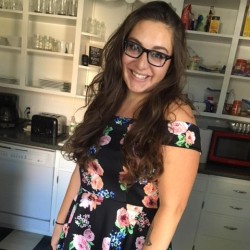 Kelly Shepherd
Kelly is a writer from Boise, ID. She enjoys writing about the outdoors and her dog, Cassius. In her spare time she writes captivating fiction and confusing poetry. Follow her @kellyshep14 on Twitter!

How to Be Independent in a Relationship

Essential Items for Every Home Gym

How to Create an Oasis from Your Home